Well, let me enlighten you early doors. If you’ve got good quality content on your site, you needn’t worry.

If you know your content’s a bit rushed, ropey in places and generally not up to scratch, you’ll probably want to get it updated and improved. If you’ve actively tried to out-Google Google, then maybe it’s about time to change tack.

Here’s my second enlightenment: this really isn’t anything new. Google’s focus on ‘high quality’ content has been the case for a while, however, this new algorithm update just highlights the importance further.

It’s a number of things but mainly comes down to your words and pages being unique, specific, well-written and giving the reader the information they want.

So, back to the update. Being honest, that’s the most important information you need to know. However, leaving it there would be slightly remiss of me, so let me explain a little further for those of you who’ve made it this far. 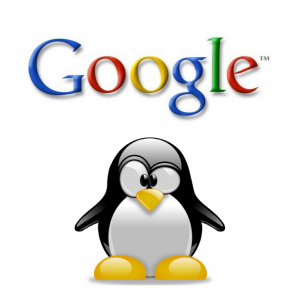 Google updates and tweaks its algorithms. All. The. Time. But now and again they release an update that does have the potential to cause a major impact in the organic search world.

Enlightenment 3: some people with a bit of SEO intellect will perhaps try and bamboozle those in the shadows with their ‘google algorithm’ knowledge.

“You better watch out for the Panda and Hummingbird Google update or your site might be penalised and banned from the indexed. Forever.”

Or some other bafflement.

The truth is, the majority of Google algorithm updates aim to make the search engine a better place for the user. Better experience equals more users for Google. Sometimes they do this by rewarding those sticking to the rules, sometimes they do it by penalising the bad guys. For example:

The website owners who run good, unique, content-rich sites who haven’t been looking for quick wins or cutting corners along the way needn’t worry about most of the updates. Their sites are not the focus of the Google gods trying to clean up their house.

Alas, we get to the BERT Google update, which as you’ve probably guessed from the tone, is a little different. This update will actually affect one in 10 searches in US English and will be rolled out to all locales shortly.

What is the Google BERT Update?

In the most basic terms, it’s a language model. It’s all about Google trying to understand the context of a search query. I won’t tell you what BERT means as it won’t mean anything to you*.

We know how nuanced the English language can be, and how one little word can make a huge difference to the whole context of a phrase or question.

Even just where that word appears in the phrase can change the meaning completely. And it’s this alongside more conversational language which Google is aiming to better understand. The better Google understands context, the better the search results they’ll be able to provide.

From the Google press release:

You can read more from the proverbial horse’s mouth over on the Google blog.

An example they give is a search for ‘2019 brazil traveller to usa need a visa’. The word ‘to’ here is crucial to understand the meaning. Previously, the algorithms wouldn’t understand the importance of this connection and would return results about US citizens travelling to Brazil.

The BERT update allows Google to understand this nuance and provide much more relevant results for this particular query.

According to Google’s search spokesman Danny Sullivan, there is nothing specifically to optimise for with BERT. Instead, it’s all about the general quality of your content – written content, images, layout, readability.

If you have poor, unstructured content that’s difficult to understand and not user-friendly, you might be negatively affected. It’s never been more relevant to write for humans rather than the Google robots.

Old hack techniques like keyword stuffing is no longer a thing. If you’re still trying to get four instances of the same keyword phrase in your text, stop it.

If you’ve suffered a loss in traffic after the update you will want to look at your content and improve your site’s content. You may have lost rankings for an irrelevant phrase, which in that case isn’t a bad thing, just that your search visibility was probably misleadingly high.

One thing you might be looking at in the future is expanding the amount of content on your site, be this blog posts or webpages. If you’re wanting to increase this type of content then it might be a good idea to create more specific content.

What the update reinforces is the need for website owners is the need to write for people rather than algorithms. As we’ve seen, algorithms change all the time but people generally don’t.

Good quality content transcends the algorithms and will hopefully be favoured by each tweak the search engine makes.

Yes, you still need the SEO basics – on-page optimisation, backlinks and technical set up – but it’s no longer possible to try and trick Google to rank your site higher as it’s far far more advanced than it was even a few years ago.

If you are in the search for top-notch written content with the SEO basics packed in, give me a shout.

*Ok, I knew you’d be curious. It means Bidirectional Encoder Representations from Transformers. I told you it wouldn’t mean anything to you – me neither!

Why a sense of curiosity Is important for copywriters

What makes a great copywriter?